The Truth About Saturated Fat 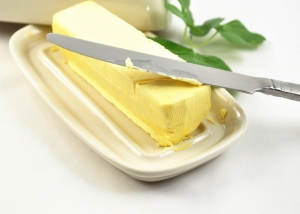 I’m wondering if it’s at all possible to un-do the damage done from Dr. Ancel Keys’ infamous Seven Countries Study. Dr. Keys cherry picked his data to support a pre-existing notion he had about a connection between saturated fat, cholesterol and heart disease. He went on to make the cover of Time magazine for his study. The media and corporate food giants had a field day bashing fat based on this bogus data and the myth stands strong to this day. Dr. Joseph Mercola has posted some great information regarding this subject on his Website. I’m a fan of his and wanted to pass this on. Gotta run. My bacon is cooking.

The first scientific indictment of saturated fat was made in 1953. Dr. Ancel Keys published an influential paper comparing fat intake and heart disease mortality in six countries: the United States, Canada, Australia, England, Italy, and Japan. The Americans ate the most fat and had the highest death rate from heart disease; the Japanese ate the least fat and had the fewest heart disease deaths.

But while data from those six countries seemed to support the diet-heart hypothesis, statistics were actually available for 22 countries. When all 22 were analyzed, the apparent link disappeared. The death rate from heart disease in Finland was 24 times that of Mexico, although fat-consumption rates in the two nations were almost the same.

This fascinating MSNBC article examines in depth why saturated fat has been unfairly demonized, and the truth about fats and heart health.