The Unrecognized Vitamin D Deficiency Epidemic and Your Health 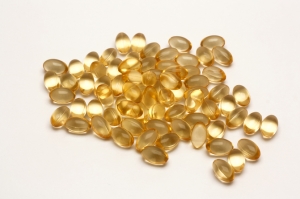 Over the last several years, new evidence has become available through studies and hard data analysis indicating that there is a revolution taking place in healthcare. It has come forward in the form of near epidemic proportions of Vitamin D deficiency and it is dramatically impacting our health. If you are reading this, it is very likely that you too are a victim of this epidemic as we are now seeing numbers in the 70th percentile regarding the extent of the epidemic. Even more remarkable, over ninety percent of what scientist now know about Vitamin D has only been discovered since 1997. We now also know that more than half of all American children are vitamin D deficient. It is also estimated that 34 percent of expectant mothers are Vitamin D deficient, predisposing their unborn children to a host of health problems. Evidence linking vitamin D to certain types of cancers have now been tested and confirmed in more than 200 epidemiological studies. The renowned naturopath physician, Dr. Joseph Mercola, states in this article that according to one large-scale, randomized, placebo-controlled study, overall, optimal vitamin D levels can cut cancer risk by as much as 60 percent!  What the evidence also reveals is that one of the most important things all of us can do to dramatically improve our health is to supplement with Vitamin D.

Studies reveal a host of diseases that can be brought on by Vitamin D deficiency. They run the spectrum and can include everything from headaches, joint pain and high blood pressure to Osteoporosis, heart disease and breast cancer. Combined with the lack of a whole foods diet and regular exercise, Vitamin D deficiency is also closely linked to type 2 diabetes and has been found to increase insulin sensitivity. 60 percent of people with type 2 diabetes have vitamin D deficiency. So what factors have brought on this epidemic? Simple… Vitamin D comes from Sunshine and as we have become more technologically advanced and engaged, we’ve stopped going outside. This is compounded by the fact that when we are exposed to the sun, we are partially or mostly covered with clothing which dramatically reduces exposure. Keep in mind that we’re not referring to dangerous level of exposures. Studies show that 30 minutes a week can significantly increase Vitamin D levels. Here’s the kicker, Vitamin D is actually a steroid, not a vitamin, and is produced on the surface of the skin during exposure. It’s important to note that it takes 24 to 48 hours to absorb and can actually be washed off in the shower if you’re using soap. So what’s the alternative?

While the optimum process for absorbing and storing Vitamin D is through sun exposure, supplementation is a viable alternative and strongly recommended. It’s very important that when shopping for Vitamin D supplements that you purchase the human form of Vitamin D3. Recommended doses from most healthcare providers will typically be 2000 to 5000 IU’s per day but we are now seeing evidence indicating we need more in the range of 5000 to 8000 IU’s per day. It’s also important to note that too much D or Vitamin D toxicity is almost unheard of as your body naturally excretes excess Vitamin D through the elimination process.

Comments or questions? I’d like to hear from you. Tell me what you think by clicking on the Comment link. MB